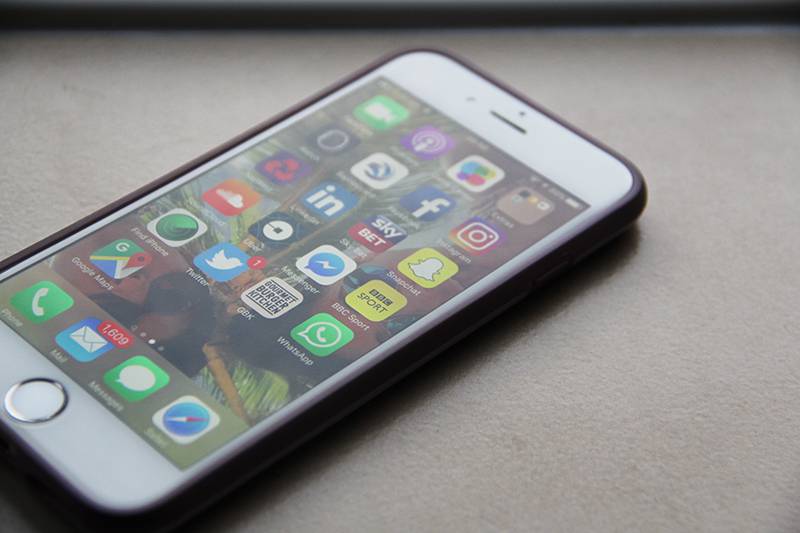 A quick disclaimer to start- There are many reasons why social media is great. It’s great for keeping in touch with loved ones, sharing cute images of animals and engaging with like-minded people about epic TV soaps like Home and Away. We all have at least one social media account, and we have all been sucked into believing that social media is life.

Social media is actually one of the most powerful marketing tools now, if not the most, and spreads word like wildfire. It can be used for good, it can bring people together and unite people in tough times. So it’s not all bad.

However… it can also bring out some serious shit traits in us as a human race. This post is abit of fun… please don’t turn into a beeeeech and start throwing hate my way.

We are jealous and can’t be happy for people

How often do you hear, ‘OMG did you see (insert names) holiday pics on insta’ or ‘Gurrlll did you see those pics of that girl and their boyfriend aww they are so cute (dagger eyes)”. Yes we all saw it and yes their lives look fabulous. But when was the last time you saw someone upload a picture of them crying their eyes out, or of that time they went to the hospital and had their spleen removed, or when they were sat at home monging out in front of the tv with Amla oil in their hair. Let’s be real, you’re only going to put up pics where youre having fun, or of something that makes you happy, or of when you look banging because that’s how we want to portray our lives and ourselves. Jealousy is evil and you would do well to just focus on your own life, than be jealous of others. Social media has given girls more reason to bitch and guys more reason to be guys. It seems we don’t like being happy for people. Which in reality, we are- but social media ruins that kind bone in us. So what if someone APPEARS to be in a happy relationship, you don’t know the ins and outs of their relationship or what goes on behind closed doors. You’re only basing your opinions on what they want you to see. So learn to look past it and quite frankly if you’re jealous of someone looking like they’re having fun… make some more bloody plans.

I hate when I scroll down to the comments section of my favourite youtubers’ videos and I see people hating. Its hilarious because in order to form a hate based opinion, you must have watched that video and found something you didn’t like… but you still watched their video. You still watched the advert in front of that video (which by the way, generates income for that Youtuber) and you most probably watched their post until the end… again, giving them more viewings and more money. So who is the loser in that situation?? Hate comments come from jealous people who probably have nothing better to do with their time and just want to cause issues. Take your negative vibes elsewhere homie.

We measure popularity by our following

Back when I was at school, when Facebook first started, people genuinely used to get excited by the amount of facebook friends they had. Like it was a measure of success. You would add anyone just to up your numbers. Now we classify our friends as followers… or even worse, our FANS. And I know people that take that shit seriously. We post to make our ‘fans’ happy…. who do we think we are?!

Why bother opening your mouths and talking

It’s so hilarious when you see a group of friends sat together and they are all on their phones, on Twitter, on Insta, on Facebook. I’m thinking, why bother getting together because you’ve all got data, so you might as well spare the journey and communicate from other places. Funnily enough, social media makes us less sociable. Not only do people prefer to communicate over such interfaces now, but they also are way more brave behind their screen. Your inner Sasha Fierce comes out when you’re typing away on social media, when in person you’re this cute little mouse with a wispy voice. It hinders our chances at forming relationships, engaging in decent conversation and actually hearing people talk!

We are all serious spies… and didn’t need the training

Why train to be 007 when you can just practice the art of stalking for about a month and become the worlds best spy. Social media allows us to stalk people to the ground and you realise you know waaaay too much about people that you really shouldn’t. Social media makes it too easy for us to literally find out anything about anyone… its not right, and the likelihood is that what you’ve ‘found out’, is not even accurate.

We as a society are addicted to social media. If people put in half the amount of time they spend on social media into doing something worthwhile like chasing their dreams or helping those in need, the world would be a better place. We rely so heavily on social media and it determines our emotions, our productivity and our perceptions. People often compare themselves to others on social media and therefore fester in insecurities as well as delving way too far into other peoples business or becoming emotionally attached to things happening online. When your mood starts being heavily affected by social media, you’ve got an issue.

Gone are the days when you tell your boyfriend/girlfirend you love them to their face. Why do that when you can write them a really long facebook post with pictures attached and a #iloveyou #youcompleteme #myworld #mylifewouldntbethesamewithoutyou #callmelater. ERGHH!! #PASSMEABUCKET. Here’s a thought… why don’t you stop confessing your love over a public network and just write a text to just him/her because quite frankly some people just don’t need to know/care. Couple pics here and there are fine, but chill with the captions.

But it isn’t just social media couples that bug me, it’s those that post every little single thing they do. What they are doing, who they are with, where they are. Every second of the day. Nimisha is…. eating chicken in Nandos (Watford) feeling satisfied on her own (if you wanted to know). Keep a little mystery in the air folks.

If youre doing something shady, chances are sky high that you’re going to get found out because social media, times and dates don’t lie. Remember that guys and gals…

On the other hand, have you ever met someone that you’d already seen on social media but didn’t realise it was them because they look COMPLETELY DIFFERENT. That’s right, social media allows you be and look exactly how you want. Which is why I find it laughable when guys are infatuated with girls they see on Facebook and Instagram. Just know that it took 100 selfies and a whole lot of PicFX or Photoshop to get that image looking perfect. Because they ain’t looking like that in real life bro.

Everyone is a political pundit

Don’t you just love those facebook comment wars brought about by a controversial status? All of sudden everyone has one million opinions about something someone has said and a debate has begun. Often interesting to read, but more often just a bunch of meaningless points from someone feeling a little brave.

We engage in public mocking of people

Tagging. I hate that shit. Remember that time I looked an absolute state after a night out and you took a picture of me and put it on facebook and then you tagged me in it so that everyone could see, because I obviously needed to be tagged because I don’t know what I look like… remember that! We all love to publically name and shame on Facebook, Instagram and everything else social media. The only good thing to come out of this is that social media moves so quickly that in an hour or so, you’re old news… thats after 100 comments and 200 likes on your picture.

We know everything about everyone

No need to tell me about yourself because I’ve already stalked you on all your social media accounts and know every little thing about you down to your time of birth. But I’ll add you on Facebook anyway because I need more fans.

We don’t enjoy our nights because we’re too busy documenting it.

Now… We are all guilty of doing this. These days we have to snapchat everything or post on Facebook and Insta immediately when we’re on a night out or at dinner or wherever. Try putting your phone to one side for a few hours and actually soak up the atmosphere. There’s a huge difference between capturing special moments and genuinely watching your favourite singers concert through your phone screen because youre trying to capture it all. I actually heard someone on the train recently say to his friend, “Ok mate if i hand you my phone tonight, just know it’s not because I’ll be too drunk to look after it, it’s because I want you get me on my own Snapchat”…… WOW. 10/10 for honesty though, I’ll give him that.

I have actually been in a bar before where the guy standing next to me waiting to order a drink, has been on TINDER!! Like why did you bother coming on a night out surrounded by PEOPLE if you’re just going to be on Tinder, trying to hook up with somebody that is most probably ALREADY IN THE BAR! I’ve used caps, because it genuinely made me that mad at the time and still does thinking about it now. But this is how bad it’s got. People don’t bother trying to strike up conversations with people anymore and unless youve matched on Tinder that night or checked their work history on LinkedIn and checked to see how many mutual friends you have on facebook…. and checked their medical records and criminal history… you ain’t got a chance. God forbid you might actually have to use your voice and speak to someone.

When your relationship becomes all about social media, you need therapy. Far too many couples are caught up with how they appear on social media, and actually get into so many fights themselves over it. Granted there are times where you could be concerned over your partners activity on social media, but to base your whole relationship on it is ridiculous. People keep tabs on their partner and its also used as a way to control someone. These things are genuinely quite damaging for a relationship obviously. Rewind back to a time where there wasn’t pressure to publicise your relationship, there wasn’t expectations to do certain things on social media to show your love to someone, and there wasn’t a reason to get annoyed at your partner for posting pictures or following random hoes. Social media can genuinely kill relationships especially if you make it all about that. Remember when we used to put peoples names/initials in our MSN messenger screen names to show our love and loyalty to someone, and if you didn’t make the cut on someone else’s, all hell broke loose! Oh God why were we like this!!

We misinform each other

Can you believe people start #RIP trends….!! For the LOL’s!! What the hell! When I see #RIPZaynMalik on twitter I have a mini heart attack, so please spare me the emotional distress and stop spreading shit like that! Y’all are evil. 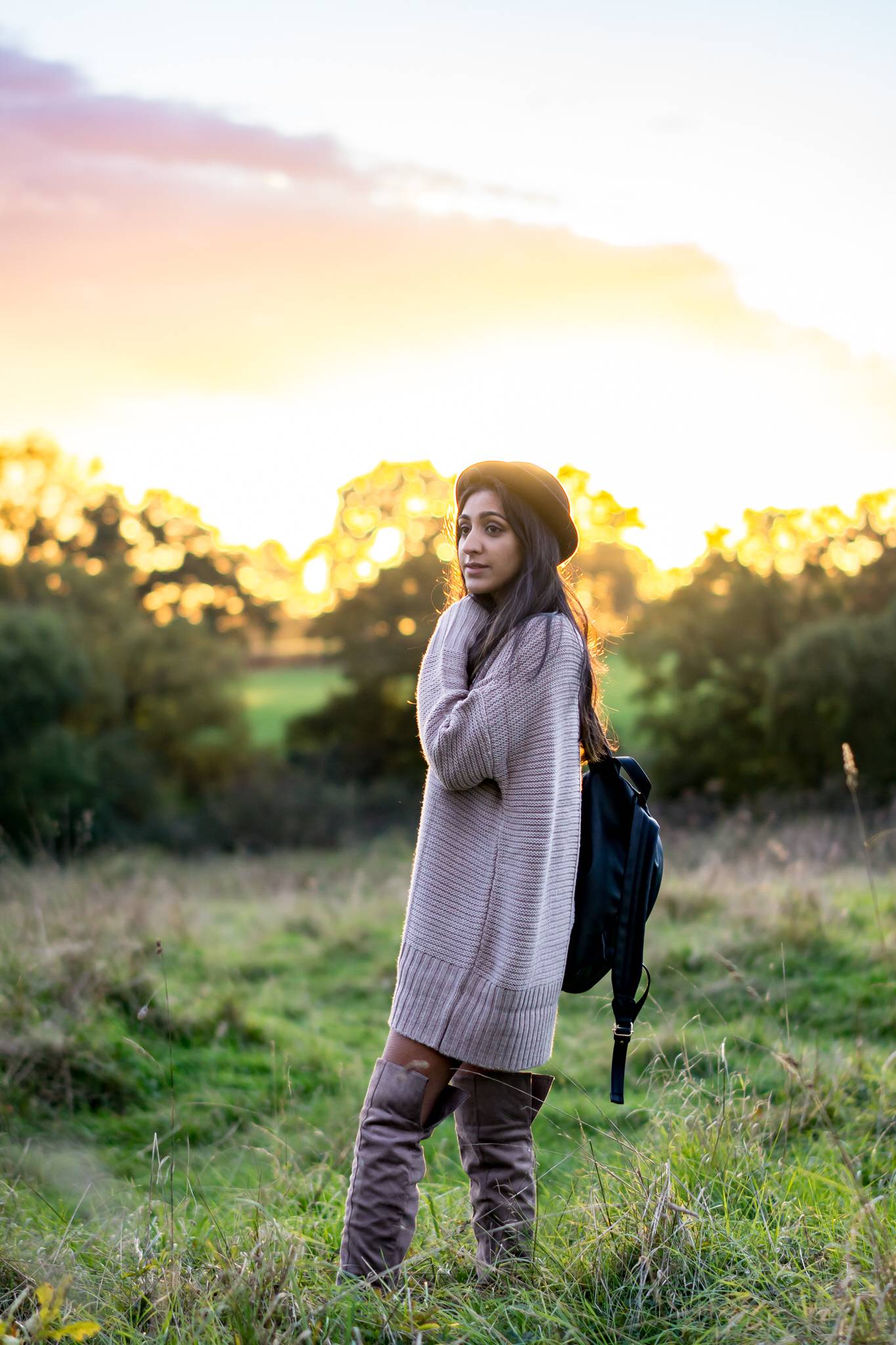